The Uniacke Firefighters fair began in 1966 as a method of raising funds for department equipment and for thanking the community members for all of their support.Â  Over 45 years later, the fair still runs today for the exact same reasons.Â  Past and present firefighters of the department want to take this opportunity to say THANK-YOU to all community members for your continued support throughout the years.Â  Funds raised through the fair are still used to purchase valuable, life saving equipment for firefighters to use in the community.

Traditionally, the fair runs on the third weekend of June each year.Â  Friday evening begins with fair rides, booths and our canteen and typically ends with a great fireworks display at dusk.Â  Saturday morning begins with our parade around 11am and then continues through the rest of the day with fair rides, canteen, bingo and other activities until approximately 6pm. The fair and Saturday night caps off with our Firefighter dance from 9pm until 1am.

Below are some items that have been purchased in recent years with some of the monies raised from the fair. 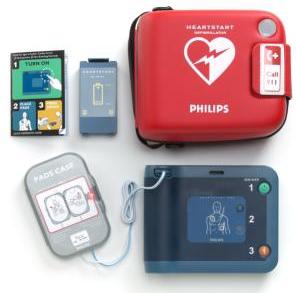 The most recent purchase using fair funds are three AED units which were placed with firefighters strategically located throughout our community.Â  During a cardiac arrest, even when CPR is being administered, each minute without an AED being used will decrease the liklihood of successfully reviving a patient.Â  Having additional AED units in the community, other than those on our fire trucks, will mean a quicker application to the patient when these vital tools are needed.

The Resusci Anne Mannequin combined with the Automated External Defibrillator training pack allow firefighters to practice critical lifesaving techniques for patients.Â  The scenarios that are best used with the mannequin would be cardiac arrest or drowning victims.Â  The mannequin is equipped with an airway, lungs and chest spring so chest compressions and airway management can be practiced.Â  When administering CPR, chest compressions are one of the key components and the mannequin allows firefighters to practice compressions to the proper depth and rate as dictated by medical training.

Self Contained Breathing Apparatus (SCBA) are worn by firefighters and allows them to have a supply of breathable air for a period of approximately 15-20 minutes.Â  Although the SBCA are typically worn in firefighting situations that involve smoke and other toxic gases, they are worn whenever firefighters need to enter an oxygen deficient environment.

The SCBA is one of the more crticial tools used by firefighters.Â  Without them, we would never be able to enter a burning structure to perform fire attacks, conduct building searches or rescue people.